This self-initiated project involved the creation of a new phonetic alphabet for the English language that stemmed from the idea of sound symbolism.

Modern-day linguists believe that there is no inherent relationship between a word and what it signifies. “Dog” could mean cat, for instance, or vice versa. Poets and marketing experts alike think otherwise—the sounds that words make can evoke images and elicit an emotional impact for a listener.

A cognitive psychology experiment first conducted in 1929 by Köhler gives evidence to the claim that phoneme sounds are not arbitrary, that the basic components of speech might themselves carry some kernel of meaning. When asked to match two images like these

to the invented words maluma and takete, over 95% of respondents matched maluma with the image on the right and takete with the one on the left. The experiment suggests that a cross-sensory mapping, a kind of synesthesia, may take place when we use language.

This project, called Takeluma, is a phonetic writing system for representing the sounds of English. In this system, when phonemes are spoken, they leave their mark on a continuous line of sound. Takeluma is an attempt to give shape to the sounds of speech and the hidden meanings they convey. 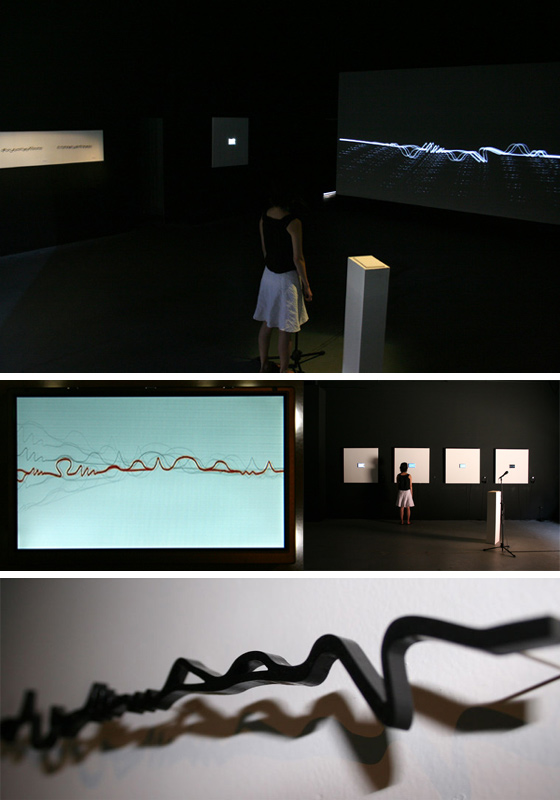